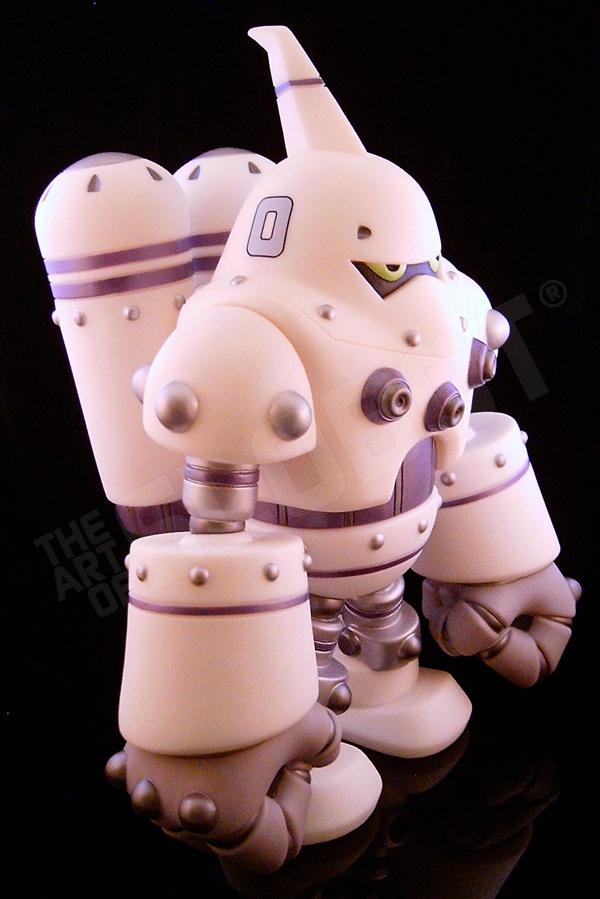 I love friendly robots, so here’s hoping that Atomic Mushroom’s new robot, Combat-R Zero will not be as menacing as they look, but more like the Iron Giant!  Regardless of their friendly robot status, the detail in these “robot toys” (and we use that term toy lightly!) is really great.  On the Atomic Mushroom website, you can see some cool work in progress pics of the robot series.  There are 5 colorways available (red, yellow, green, black, and glow in the dark), however, the “plutonium (glow)” version is only available as part of the super set. 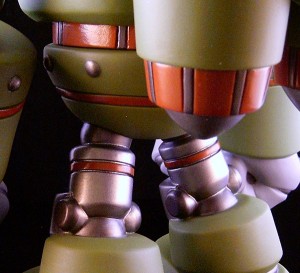 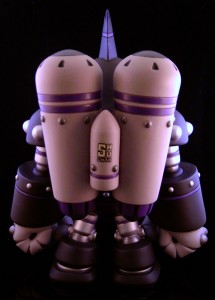 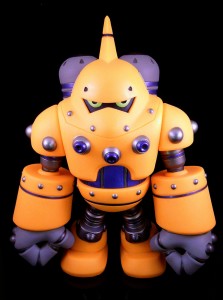 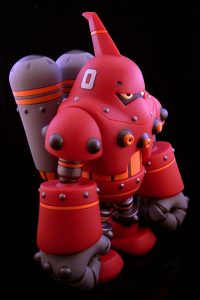