Robot Art of Mike Slobot Are we really ready for robots?

Let’s get this out of the way to start, I wasn’t really into robots growing up. Sure, I watched Transformers and had some of the toys, but I was more in my skateboard than robots.

In 2004, I started making robots. I had my paints out, a brush in my hand and was staring at a blank canvas. My wife said “Paint me a robot.” It was a casual request, but it is amazing looking back and seeing how that one statement inspired a total shift in my art. I painted that one robot and never looked back. Now, almost everything I make / create is centered around robots (though I have been making some art that is inspired by music lately too!)

Sometimes I look at the robots, and I think the “idea” of a robot is so cool. I remember very quickly deciding that my Slobots we friendly robots. I think Mechs and Battlebots are fascinating, but they aren’t my thing. I always felt more affinity to Asimov’s robots (the book versions of course!) and to robots like Rosie from the Jetsons that could cook, clean and do laundry.

Lately, though, I think the idea of a computer walking around my house that is connected to everything and is capable of recording everything it sees and hears seems a little overboard.

What do you think? 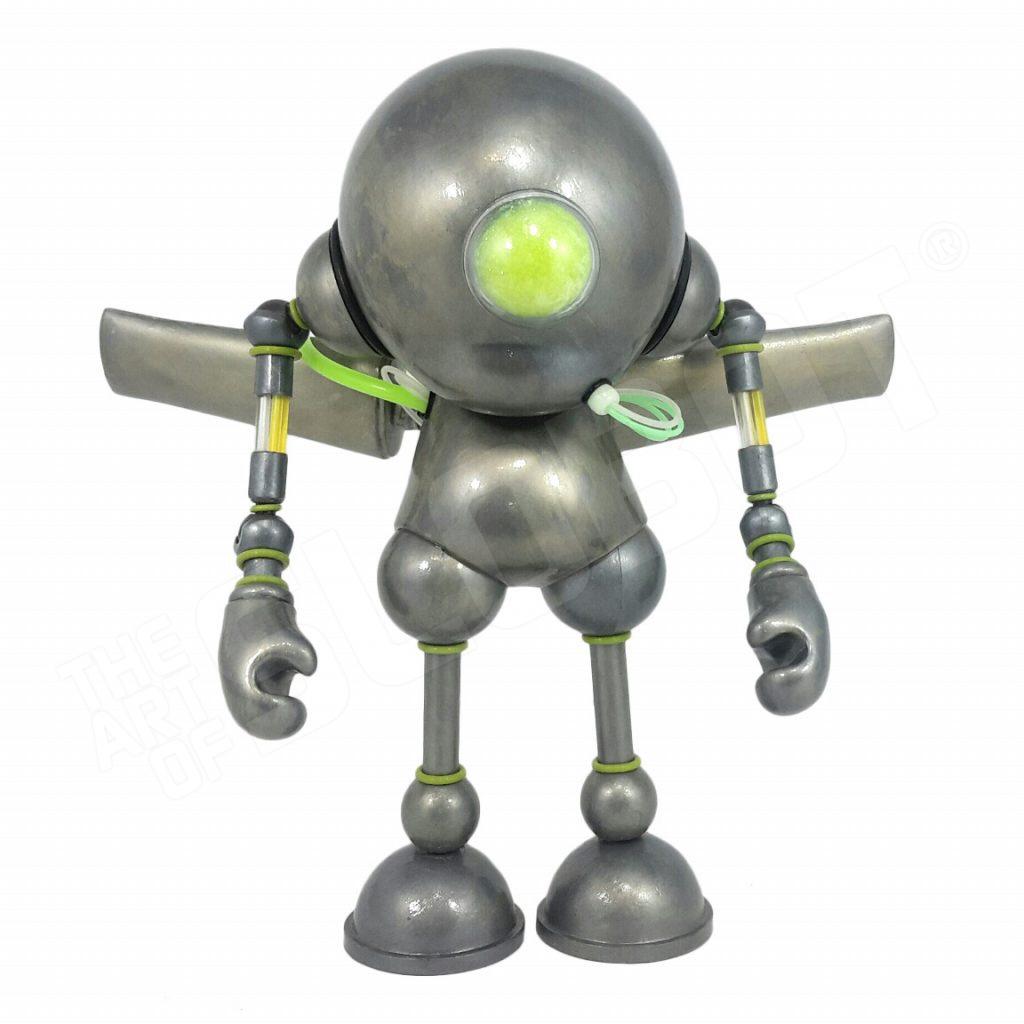 Here are the currently available SLOBOT robot art sculptures for sale.  They range from 2″ tall to almost 16″ tall.  Mike has made lots of great sculptures over the years. Commission one of your own here, or take a look through some of the past works he has created for others.  Mike has made a wheel chair robot, surfing robots, and even turned Mickey Mouse and Bart Simpson into robots.

Robot Art of Mike Slobot Are we really ready for robots?