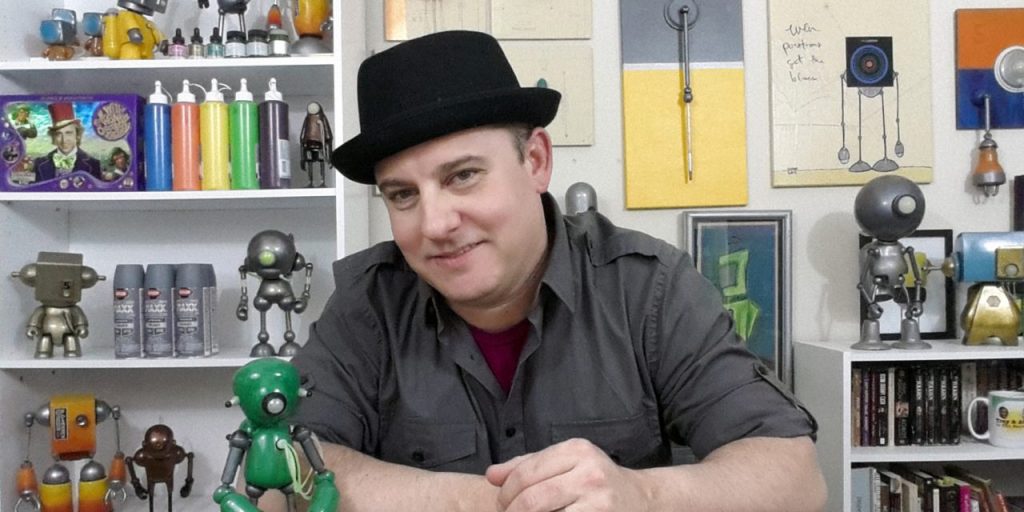 Mike Slobot in the Studio

Mike has been sculpting and painting most of his life. Since 2004, he has been exploring his one-of-a-kind robot art, the Slobots.

Slobots are the good guys and are an exercise in exploring human emotions. They are not destructive but work in conjunction with people, animals and the planet, with a desire to bring a message of hope.

A Slobot is created with old and new materials, and often incorporates bits and pieces of recyclable materials and other everyday detritus. These re-purposed parts come together blending art and technology to create a Slobot healer, helper or friend.

Mike is a robot sculptor, painter, artist and storyteller. His robot art creations are explored in both 2D and 3D mediums. Slobots have been shown in New York City, Los Angeles, Tokyo, Istanbul and worldwide. He has been featured in various publications and art books such as “Dot Dot Dash: Designer Toys, Action Figures And Character Art”.