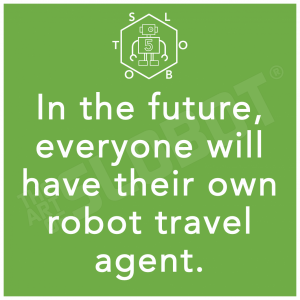 In the future, everyone will have their own robot travel agent

March of Robots is a yearly event on Instagram where artists around the world draw a robot once a day for 30 days in the month of March.  It was started by fellow robot artist Dacosta!  I’ve been participating this year with a new idea. I do a small robot sketch and then complete it in Adobe Illustrator. Then I add a short robot-related quote with commentary on things like the “Internet of Things” (IOT), surveillance and CCTV, Star Wars, Hitchhiker’s Guide to the Galaxy and Isaac Asimov (via binary code!) This post is a recap of my first 7 days of March of Robots 2016.  You can check out March of Robots and see all the robots on Instagram here. 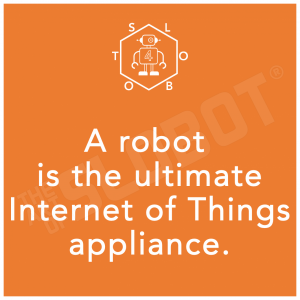 A Robot is the ultimate Internet of Things appliance 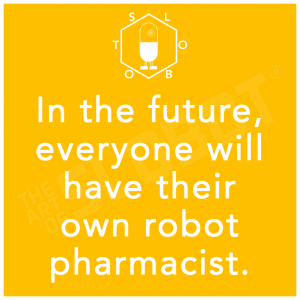 In the future, everyone will have their own robot pharmacist 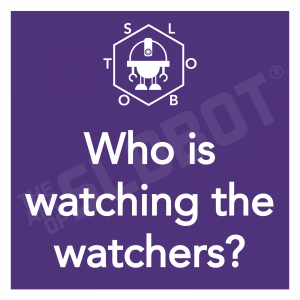 Who is watching the watchers? 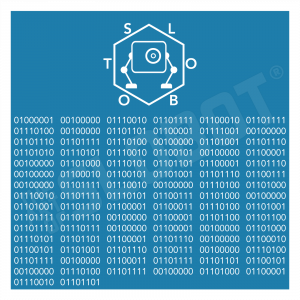 The First Law of Robotics according to Isaac Asimov in Binary Code – “A robot may not injure a human being or, through inaction, allow a human being to come to harm.” 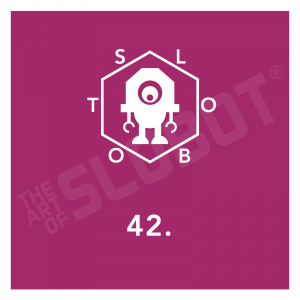 The meaning of life is 42 according to the supercomputers in Hitchhiker’s Guide to the Galaxy. The Slobot in this image is not so sure. 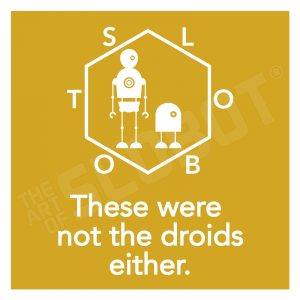 A little dig towards Star Wars and the force. These two Slobots are not the droids those Stormtroopers were looking for either.