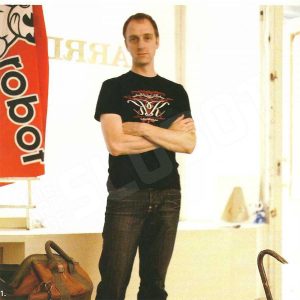 Paul Budnitz, founder of Kidrobot in an Interview with ReadyMade Magazine in 2003

I remember going to Kidrobot in NYC around the summer of 2004.  Such a cool place to visit – the store was really small, but they had all of this amazing, cool stuff that you couldn’t get anywhere else. I picked up a few small blind box figures.  When we moved to the city later on, I liked to go down to Soho and see what was new.  This was before the Dunny and Munny, so they had all sorts of Art Toys from China and Japan.  It was really inspiring and cool.

Way back in 2003, when the Kidrobot Dunny was just a glimmer in his eye and the NYC Kidrobot store was just getting ready to open, Paul Budnitz waxed philosophical with ReadyMade Magazine (RIP) about creating toys and the excitement of finding cool, affordable works of art.  This interview with Budnitz covers the start of Kidrobot (not long after the dotcom bust!), when he had sold his successful tech business and opened the first Kidrobot store in San Francisco.  You can almost hear the excitement in his voice as he talks about creating his own line of Designer Vinyl Toys. 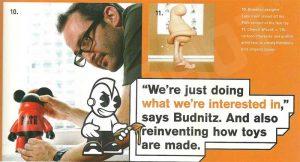 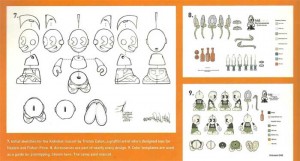 Readymade Cover for the 2003 Interview with Kidrobot Founder Paul Budnitz

You can download a PDF scan of the whole article here…